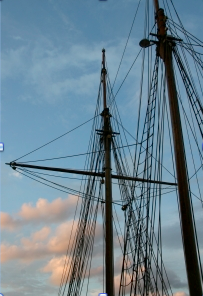 The colonial history of the United States covers the history from the start of European settlement and especially the history of the 13 colonies of Britain until they declared independence in 1776. In the late 16th century, England, France, Spain and the Netherlands launched major colonization programs in eastern North America.[1] Many early attempts—notably the English Lost Colony of Roanoke—ended in failure, and everywhere the death rate of the first arrivals was very high, but key successful colonies were established. European settlers came from a variety of social and religious groups. No aristocrats settled permanently, but a number of adventurers, soldiers, farmers, and tradesmen arrived. Ethnic diversity was an American characteristic as the Dutch of New Netherland, the Swedes and Finns of New Sweden, the English Quakers of Pennsylvania, the English Puritans of New England, the English settlers of Jamestown, and the "worthy poor" of Georgia, came to the new continent and built colonies with distinctive social, religious, political and economic styles. Occasionally one colony took control of another (during wars between their European parents), but unlike in Nova Scotia they did not expel the previous inhabitants, but instead lived side by side in peace. There were no major civil wars among the 13 colonies, and the two chief armed rebellions (in Virginia and New York) were short-lived failures.
Source: Wikipedia